Nyctophobia – Beat Your Fear Of The Dark 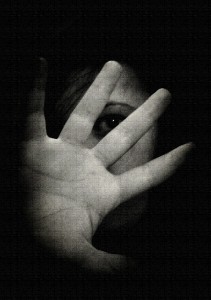 Nyctophobia – Fear Of The Dark. It is very common for most people to be a little afraid of the dark. Nyctophobia (a.k.a. Lygophobia, Scotophobia) is more than just a simple and unexplained fear of the dark or of dark places though. It’s a deep seated, extreme fear that has a negative effect on the life of the sufferer.

It is commonly seen in children. Studies have indicated that the fear builds up starting when the child is about three years of age and most children are also known to get over the fear by the age of 10. If it continues into adulthood Nyctophobia can develop into the most crippling fear which interferes in a negative manner in everyday life.

It’s often associated with other specific fears too – a fear of ghosts, monsters, strange noises and sleeping alone to give but a few examples.

Anyone with a fear of the dark will always sleep with a light on. They will also go out of their way to avoid dark places. When you consider that it gets dark every day you can see how this starts to be a problem.

Like many other phobias, the cause of nyctophobia may be associated with real-life experiences. It may have been that a traumatic incident involving the dark, the behavious of peers or the influence of the media.

No one need fear the dark again as there are treatment programs that really can cure Nyctophobia.

Overcome Fear Of The Dark is a self hypnosis treatment program specifically for those who suffer from Nyctophobia. Follow it in your own time, it’s completely discrete and represents amazing value for money too.

Nyctophobia – Fear of the Dark: Introduction

When you think about it, nyctophobia is not a fear that’s related to the darkness itself. It’s more of the hidden preceived dangers that lie within it.

The fear usually first manifests itself in children but often continues and develops into adulthood. As to the actual cause – that varies. Some say that it’s an inbuilt fear in all of us – a kind of protection mechanism against all the unseen predatirs which hunt under the cover of darkness. However, it’s much more likely that it’s down to behaviours, situations or events in childhood.

It could be that someone close to us had a fear of the dark and we picked up on this fear and replicated it in ourselves. Alternatively, it could relate to a particular traumatic event that occured in darkness. Or, just as likely is that it was picked up after watching scary movies which always depict the scary event happenin in the dark!

If we’re honest, most of us get a little nervy in the dark but Nyctophobia is more than a few nerves! It’s full on extreme and irrational fear which leave the sufferer terrified of the dark. The result is often sleeping with the light on, being home before dark, making sure their always in a well lit environment and simply not going out at night.

Any individual who suffers from nyctophobia becomes nervous in a darkened environment. He/she is reluctant to venture out at night. They are afraid to turn off lights during night times and always leave lights on unnecessarily. They are in the habit of sleeping with the lights on through the night.

If forced to spend time in the dark, they may experience symptoms including the following:

Individuals with nyctophobia become defensive and distressed if forced to spend time in the dark. They may also make a concerted attempt to run away from dark rooms and areas of the house.

Treatment For The Fear Of The Dark – Therapy

You weren’t born with particular fears or anxiety – instead you have developed them along your life journey so far. In very simple terms Hypnotherapy works by re-setting the mind to produce the rational response to a specific situation or environment that you had before the phobia was initially triggered off. Find Out More >

Neuro-linguistic programming or NLP combines neurology and linguistics and creates a sort of programming that helps people change their thinking habits, help them deal with anxiety, stress, depression and overcome particular fears. In short, this means taking a specific fear or phobia and disassociating and reframing the experience to prevent the irrational response. Find Out More >

In simple terms Cognitive Behavioural Therapy or CBT as it’s more commonly referrred to, is a talking therapy which takes your specific issue, fear or specific phobia and focusses on your thoughts, beliefs and attitudes and how they affect your behaviour and emotions in respect of this issue. It takes on the notion that your thoughts (cognition) creates emotions which, in turn, controls our reactions (behaviour). Find Out More >

Fear Of The Dark Self Help Treatments

If the darkness fills you with fear and terror then take a look at one of our recommended, self-help treatment programs that are all guaranteed, proven and effective.

BEAT YOUR FEAR OF THE DARK

Overcome Fear Of The Dark is a self hypnosis treatment program specifically for those who suffer from Nyctophobia. Follow it in your own time, it’s completely discrete and represents amazing value for money too.

Get your FREE Hypnosis Course today!

Just tell us where to deliver your FREE Learn Hypnosis in 5 Days training course using the following form:

Back To: Specific Fears Index >>>